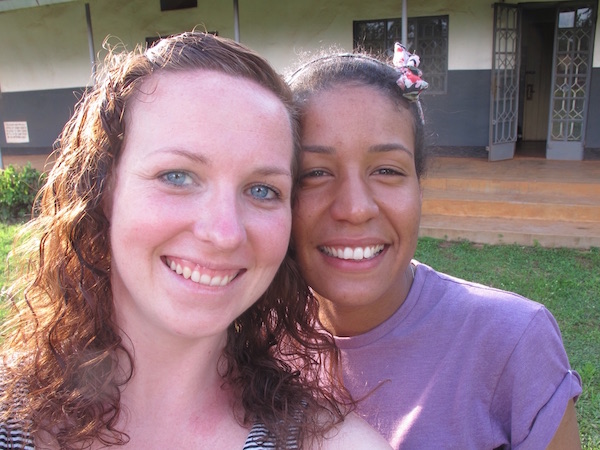 Initially I was apprehensive about travelling to Uganda; I was worried about leaving my children but also scared for what I might experience. We would be in Uganda for two and half weeks as part of the Midwives At Maternity Azur (MAMA) team in Hoima.

My worries didn’t last long. Upon arriving in Uganda I was greeted by the warm weather and welcomed by the hospital staff at Azur whom we’d be working with. Our accommodation was better than I expected; it was self-catering with all amenities. The water was sporadic and cold showers became a normal part of my daily routine, but I grew to enjoy them – who wants a hot shower in that heat anyway?

The maternity ward at Azur was basic – 14 beds on the ward for antenatal and postnatal women and 2 beds on the labour ward, but it was slowly being stocked with everything it needed thanks to all of the fundraising that Rhi had been doing in the UK.

Our purpose at Azur was to put things in place to improve the care of women and babies to help reduce the maternal and neonatal mortality rates.

For me, it was an eye-opener to see how tough these women were in labour and childbirth – they were almost silent whilst in active labour, then when they knew the birth was imminent they would walk themselves through to the labour ward, hop onto the bed and push the baby out within minutes!  They knew their bodies very well.

With the high rates of postpartum haemorrhage and babies born in poor condition in Africa I was expecting to see the worst, yet whilst we were caring for these women, there were no major obstetric emergencies.  One women, following the morning ward observations and further tests was found to be suffering from cerebral malaria.  Labour was commenced with an ARM and she progressed well, though towards the later stages the fetal heart rate was dangerously slow and we braced for neonatal resuscitation.  Thankfully, a male infant was delivered soon after without needing resuscitation, only antibiotics for sepsis.  Both were well enough to be discharged after 2 days.

My time in Uganda wasn’t all work and no play.  I was lucky enough to go on a 2-day safari and stay in Paraa Safari Lodge to witness elephants, giraffes, lions and their cubs, leopards, hippos and many more amazing animals close up in their habitat.  We travelled around the safari trails on the roof-rack of the bus which added to the incredible experience. My hotel room opened out onto the outdoor pool with a bar that you can swim up to, surrounded by sun loungers and an unbelievable view over the River Nile.

I will definitely miss the food and drinks in Africa – the HUGE avocados were always perfectly ripe and only cost about 10 pence each, the Rolex (omelette wrapped in a chapatti) was a lunchtime favourite and the Stoney ginger beer to accompany it.

Time past too quickly whilst in Uganda. As much as I was missing my children I was not homesick and would have happily stayed for longer. Just as I felt like I was settling into my role, it was time to pack my bags and head to the airport. It was a true privilege to be one of the first student midwives to be a part of MAMA. The experience has been invaluable and I hope time passes quickly until the next time I can embark on my next flight back to Uganda.

In June 2015, Sara and I were given the chance to go to Uganda with MAMA for the elective placement on our midwifery course.  Having lived in Uganda previously, I jumped at the chance (Sara really didn’t take much persuading either) – and what an amazing experience it turned out to be.

During our stay in Hoima, we spent the majority of our time based at Azur, working alongside local staff in the maternity unit and assisting with local outreach projects.  We were also able to work in Hoima Government referral Hospital, which gave us another insight into Ugandan midwifery care.

The trip provided a wonderful opportunity to witness the highs – and sadly also lows – of midwifery, in a place where the midwife often has no choice but to truly be an ‘autonomous practitioner’, relying on little else but their own skills, knowledge and ability to improvise.

We were able to observe finely-tuned, fundamental, midwifery skills being practiced at their best – which, dare I say it, may on occasion be overlooked when technology is readily available.  That being said, under-resourcing of essential supplies is a massive issue, which, whilst it may arguably lead to well-honed midwifery skills, is a huge challenge to overcome.  Even the most skilled midwife has the odds stacked against them when the region has no O negative blood.

From the perspective of a student, close to qualifying, the trip constantly made me think about and evaluate my own practice.  It really made me appreciate the resources readily available to me in UK – but also made me not want to take them for granted or rely upon them.

The overall experience with MAMA was incredible and has really ignited my passion for midwifery.  Seeing midwives (both Ugandan and UK) practice with such limited resources or input from other health care professionals, relying on their own knowledge and skills, made me really proud of the profession.  I’d really like to take this opportunity to thank MAMA for the amazing experience – I feel it has benefitted my development as a student midwife immensely. 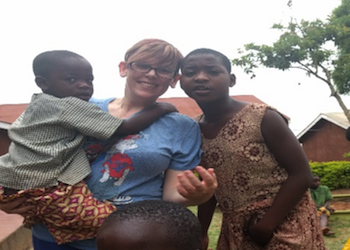 “We went into the kangaroo care ward, it was like a ray of sunshine: skin-to-skin care is the most effective way of regulating a baby’s heart rate and temperature, as well as helping to initiate breastfeeding and bonding and they were promoting this form of care. With many premature babies being born this was essential to their survival, and it was happening….” 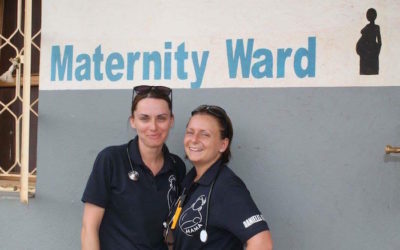 “Unfortunately our 10 days in Uganda came to an end, and I can truly say it has been the best experience, both personally and professionally. It has opened my eyes to how other communities live and made me realise how much we take for granted here in the UK. This is an experience I will cherish forever…”